We have been in the process of moving our web presence around. So check us out here:

Check out the Program!

Click here to see the full programing, times and dates for the M.U.F.F 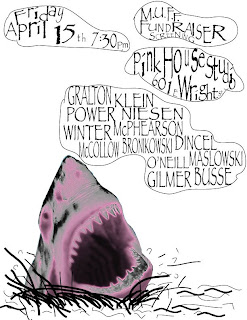 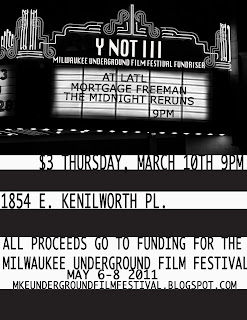 Come out to hear some great bands and support the Milwaukee Underground Film Festival! 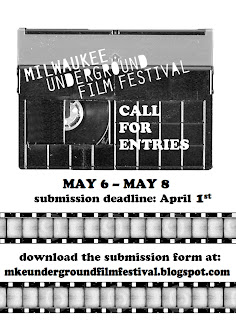 A special thanks goes out to:
The University of Wisconsin-Milwaukee Film Dept.
UWM Union Theatre
The Borg Ward Art Collective
UWM Peck School of the Arts
Our jurors (see below)
2010 MUFF students
Beans & Barley
Alterra Coffee
All of our participants!
-thank you

Elena Gorfinkel is Assistant Professor of Art History & Film Studies at the University of Wisconsin Milwaukee, where she teaches and researches in the fields of film history, gender & sexuality studies, and independent, underground & marginal cinemas. She has published essays in Framework, Cineaste, Electric Sheep, and in the collections Cinephilia: Movies, Love & Memory, and Underground USA: Filmmaking Beyond the Hollywood Canon. With John David Rhodes, she has edited the collection The Place of the Moving Image (U of Minnesota Press, Forthcoming 2011) which treats the experience of place and material geographies in film & media.


Jesse McLean's work is motivated by a deep curiosity about human behavior and relationships, especially as presented and observed through the mediation of found footage. Her recent work interpolates the production, proliferation, and consumption of televisual experience, investigating how this transfer of information creates a bind of complex relationships between maker and viewer. McLean grew up in Pennsylvania, studied art at Oberlin College and received her MFA in Moving Image from University of Illinois at Chicago. She has shown her work at San Francisco International Film Festival, Ann Arbor Film Festival, Yerba Buena Center for the Arts, threewalls, Migrating Forms at Anthology Film Archives, Art Chicago, Portland Documentary and Experimental Film Festival, Director's Lounge in Berlin, FLEX, Monkeytown, Sullivan Galleries, Chicago Underground Film Festival, LUMP gallery/projects and Space 1026. She lives and works in Chicago, IL.


Joe Riepenhoff is a Production Coordinator for True North Films. He’s worked in many areas of the commercial film and video industry(editing, writing, casting, locations, construction, camera). He also produces commercial and soundtrack music and is the editor-in-chief of the Green Gallery Press and SnapMilwaukee.com.

Second Prize: LAY CLAIM TO AN ISLAND by Chris Kennedy

Honorable Mentions (in no particular order)

BOYS OF SUMMER by Alee Peoples

THIS IS MY SHOW by Lori Felker